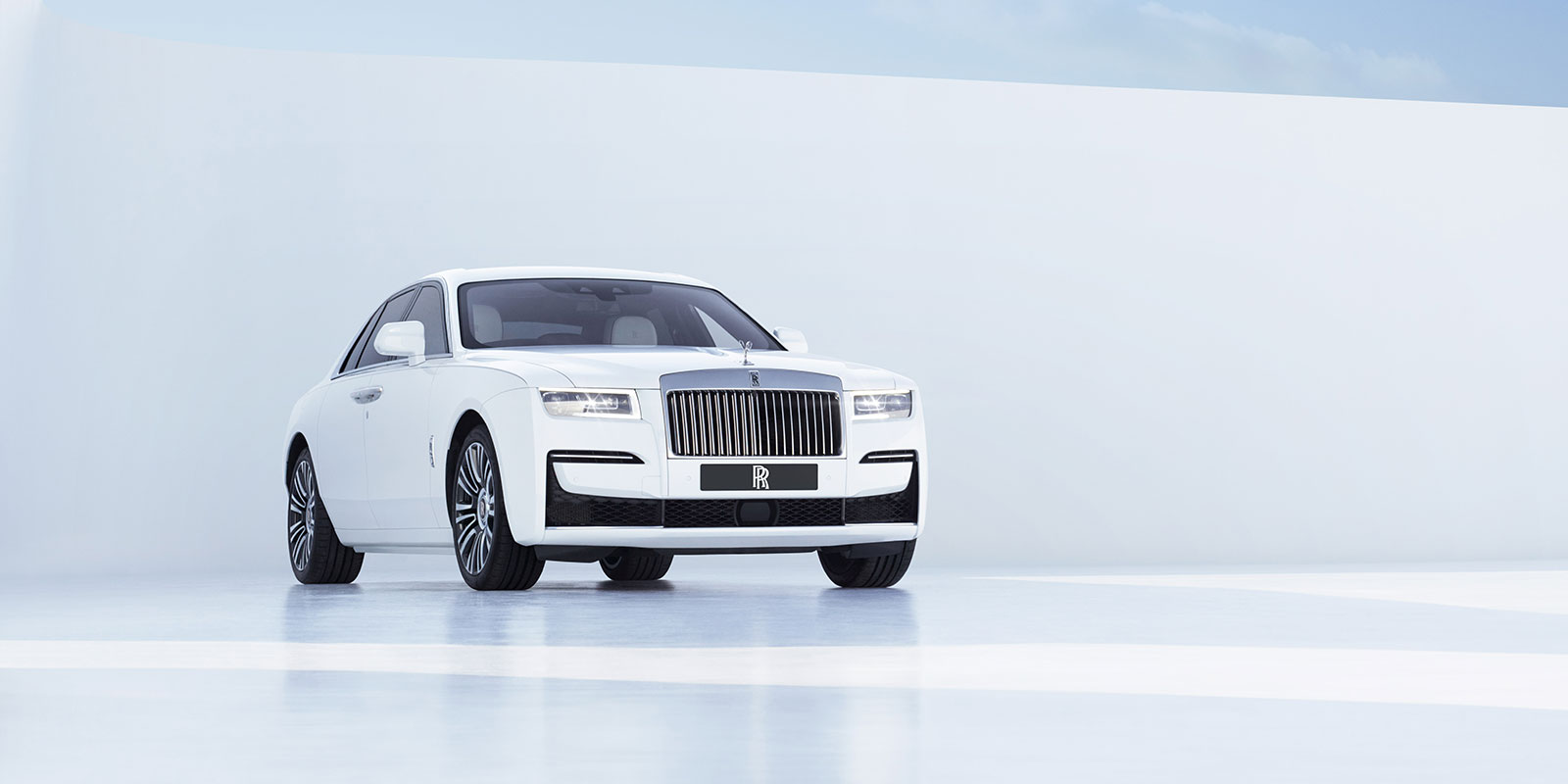 Since the introduction of Ghost, which became the most successful Rolls-Royce in history, the marque’s unique proximity to its clients afforded the team access to a large body of information. It revealed the divergent interests, opinions and changing taste patterns within Ghost clients’ appreciation of luxury. This primary research allowed them to create a product focussed on the requirements of these remarkable men and women. These insights informed the designers, engineers and craftspeople at Rolls-Royce as they moved into the development phase of the highly progressive new Ghost.

More than six years ago, a team of luxury intelligence specialists, designers, engineers, and craftspeople assembled to begin the development of the new Rolls-Royce Ghost. As with the first Goodwood Ghost, launched in 2009, this collective would work obsessively to ensure that New Ghost would hold its own place in the Rolls-Royce portfolio and represent a unique set of client values.

During the engineering design process, new Ghost’s chassis and suspension specialists were tasked with regularly presenting the technical advances they had made to other departments, as well as showcasing how these remarkable developments met the client brief. Rolls-Royce has elected to share elements of these internal briefings to demonstrate the engineering substance that underpins this extraordinary new motor car ahead of its official unveiling in autumn this year. The high-gloss, Illuminated Fascia is a masterful display of mesmerizing craftsmanship. When Ghost is in motion, the wordmark is enlivened by the brilliance of 850 three-dimensional stars. When Ghost is in repose, the starfield dims, and the fascia seemingly disappears into the abyss of the night.

Effortless Doors are the next innovation of Rolls-Royce’s iconic coach doors, opening and closing with accommodating ease. Placing them in motion requires only the smallest gesture, leaving the initiator with the sense of being assisted by an obliging, built-in chauffeur. In the dark of the night, the Illuminated Grille emits a divine glow, bestowing the car with a distinctive, 24-hour identity. Interior details mirror the pared-back sentiment of the exterior aesthetic. Modern finishes, such as the matte, open-pore veneer, feel simultaneously timeless and forward-looking. The Starlight Headliner is emphasized with an ephemeral show of shooting stars. The celestial scene is a rarefied vision of pure beauty. When these clients were informed that Rolls-Royce would begin developing a new Ghost, their request was simple: deliver a motor car that they could use even more; something even more refined to be driven in and even more enjoyable to drive. To fulfill this challenging brief, Rolls-Royce’s engineering experts rejected the use of a pre-existing platform. Instead, they configured the marque’s proprietary spaceframe architecture to incorporate elements of the brand’s existing model portfolio such as all-wheel drive and all-wheel steering, while adapting the structure to accommodate significant advances in Rolls-Royce’s hallmark magic carpet ride and dynamic abilities.

*PRICE(S) INCLUDE(S) ALL COSTS TO BE PAID BY A CONSUMER, EXCEPT FOR LICENSING COST, REGISTRATION FEES, AND TAXES.

CURRENTLY, FC KERBECK DOES NOT SELL OR LEASE CARS IN THE STATES OF MT, OR, NH OR AK, SORRY FOR ANY INCONVENIENCE. FC KERBECK MAKES EVERY EFFORT TO PROVIDE FULL AND ACCURATE INFORMATION. HOWEVER, BECAUSE ERRORS MAY OCCUR, PLEASE CONTACT US TO VERIFY OPTIONS, PRICES AND REBATE/INCENTIVE INFORMATION BEFORE PURCHASING. ALL VEHICLES ARE SUBJECT TO PRIOR SALE. ALL NEW VEHICLE PRICES INCLUDE THE DESTINATION CHARGE (FREIGHT COST). ALL PRICES EXCLUDE STATE TAXES AND FEES, MOTOR VEHICLE REGISTRATION CHARGES, AND PROCESSING FEES. ALL TAXES AND FEES WILL BE PAID TO THE LEGALLY APPROPRIATE STATES. PRICES MAY NOT BE COMBINED WITH ANY OTHER PAST, PRESENT, OR FUTURE OFFERS OR ADVERTISED PROMOTIONS OR SPECIALS. PRIOR SALES, INBOUND AND ORDERED VEHICLES EXCLUDED FROM CURRENT PRICE OFFERS. SALE TO ULTIMATE RETAIL CONSUMER ONLY, ONE VEHICLE PER CUSTOMER. NO SALE OR LEASE TO AUTO DEALERS, DEALER’S AGENTS, MANAGEMENT, SALES STAFF OR EMPLOYEES OF DEALERS, LEASING COMPANIES, BROKERS, EXPORTERS, ETC. NO SALE TO ANY PERSON OR COMPANY APPEARING ON ANY EXPORT LIST OR WHICH HAS THE SAME ADDRESS AS ANY PERSON OR COMPANY APPEARING ON ANY EXPORT LIST. TO THAT SAME END, FC KERBECK RESERVES THE RIGHT, AT ANY POINT DURING A TRANSACTION, TO PREVENT SALE TO ANY PERSON OR COMPANY THAT MAY NOT BE A PERMANENT RESIDENT OF THE US, MAY LIVE OR WORK OUTSIDE OF THE US,